The project is located in the Atacama Desert, one of the driest regions in the world, which is known as the "dry pole" of the world. To cope with the sand accumulation of components caused by the harsh environment such as sandstorms, Sunpure has deployed a fully automatic intelligent cleaning robot system for the power station, which can realize waterless cleaning and maximize the income of the power station.

This project adopts 4P fixed tilt ground mounting. To adapt to the width of the string, the length of the cleaning robot is nearly 9.2 meters. At the same time, the longest cleaning distance of a single robot can reach 2.2KM, which can maximize the utilization efficiency of the equipment. Sunpure intelligent cleaning system can realize the cleaning frequency once a day, and the design scheme further reduces the initial investment cost and improves the annual investment return. 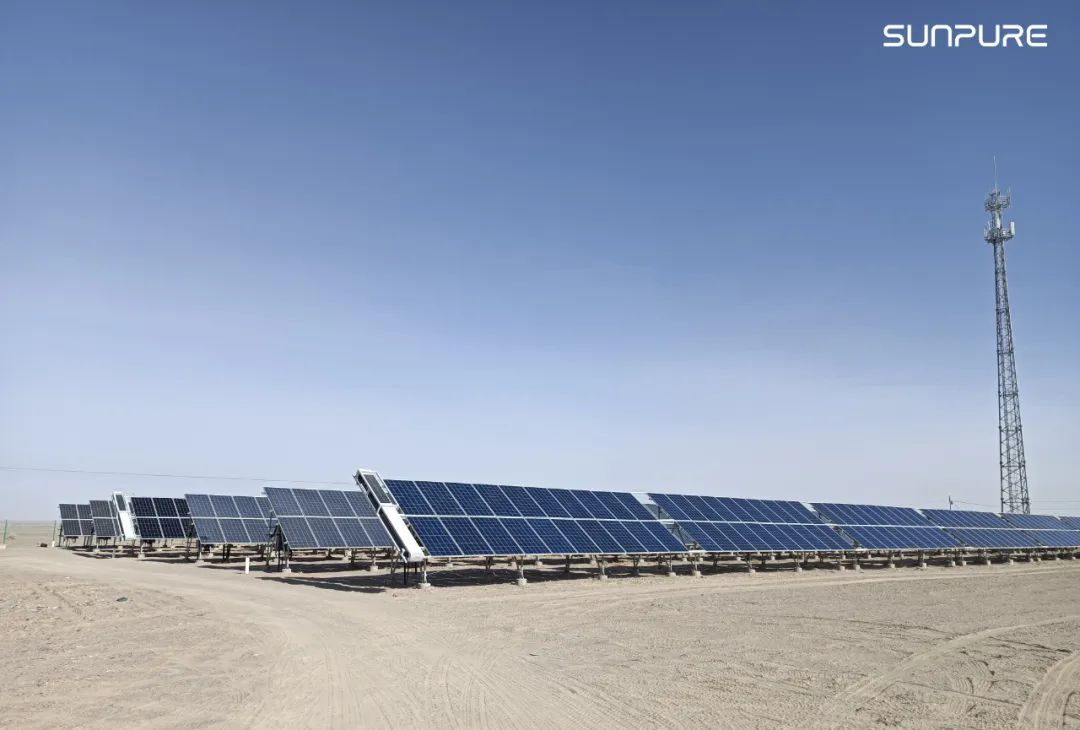